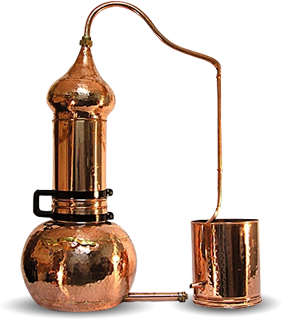 Ingrid has been working with essential oils since the 1980s and has gradually acquired a significant understanding of medicinal uses of oils. They are more potent than herbal teas, capsules, elixirs, tablets, tinctures, and practically any other form in which herbs are produced for consumption by people or animals. Consequently, they must be understood in order to use them properly, but they constitute one of the quickest acting form of herbal medicine available.

There are many types of yeast infections, the most common being Candida albicans. Certain essential oils have proven very effective in the treatment of toenail infections, thrush, vaginal candidiasis, and many other types of infections such as acne, eczema, and psoriasis.

Some essential oils can be consumed in tiny amounts, one drop usually, if diluted to avoid burning sensations. The oils that are used as food flavorings are often safe for internal use if the guidelines for safe use are not exceeded. In most cases, no more than a single drop per day is what is advised by professional medical aromatherapists.

Lavender gets its name from the Latin "lavare" meaning "to wash." It was used to bathe wounds and prevent infection when sharing communal baths. Historically, it was also placed in linen closets to discourage moths and other insects from lunching on fabrics.

Lavender oil was found in the tomb of Tutankhamen and has been used for thousands of years as a perfume and disinfectant. There are three main types of lavender oil, the most valued coming from the true lavender, Lavendula angustifolia, usually from the Pyrenees. The other species yield higher amounts of oil but the aroma does not linger as long.

Soap 101: History of Shampoo and Soap

Common soap bars are a 19th century invention, but soap was used in the textile industry and medicinally for at least the last 5000 years.

Citronella is widely used as a none-toxic insect repellent. It also has antifungal properties and research suggests it is calming to dogs who bark too much. The oil comes from a grass, originally found in Sri Lanka but varieties of it are also grown in Indonesia. It has been cultivated widely in many warm parts of the world, especially where there are mosquitoes. There are chemical differences in the varieties, the Sri Lankan being preferred for mosquito repellent candles sprays for use on skin and apparel as well as diffusing for insect and odor control indoors and outdoors. The Javanese variety is higher citronellal and geraniol and is generally preferred by the perfumery industry.

While flowers bask in the Sun, they store Divine Inspiration for future use by us mud-minded people who can't stand the Light as much as flowers. We sit indoors and busy ourselves with senseless tasks and entertainment. Flowers bring us to our senses, literally and figuratively.

What makes an herb different from a drug is very important. Drugs are weapons against disease and this gives rise to wars on disease and collateral damage such as traces of Prozac and whatever in our rivers and drinking water. Herbs are natural nutrients for the tissues of the body, including the all important white blood cells.